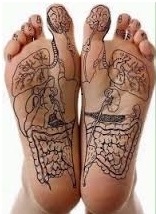 Plantar reflexology is a method that links all the body (organs, muscles, bones, etc,) and both feet. By the massoge of a part of the foot, we indirectly massage a part of the body, an organ, viscera, etc.

The most famous of the dowsers is he not Professor Cuthbert Calculus always accompanied by his pendulum.

The pendulum consists of an inert mass at the end of a flexible link. This inert mass can be a simple pebble at the end of a lace shoe. This is to say that any object can act as a pendulum. In short, it is not the pendulum that is important but the vibrations felt by the dowser that are transmitted to the pendulum. This transmission takes place by the nervous systems and certainly by other ways of circulation of energies with the effect of animating the pendulum by minute oscillatory or rotary pulses.

The pendulum only concretizes the receptivity, it receives the involuntary impulses of the hand expressing the various sensitivities of the body and the mind. 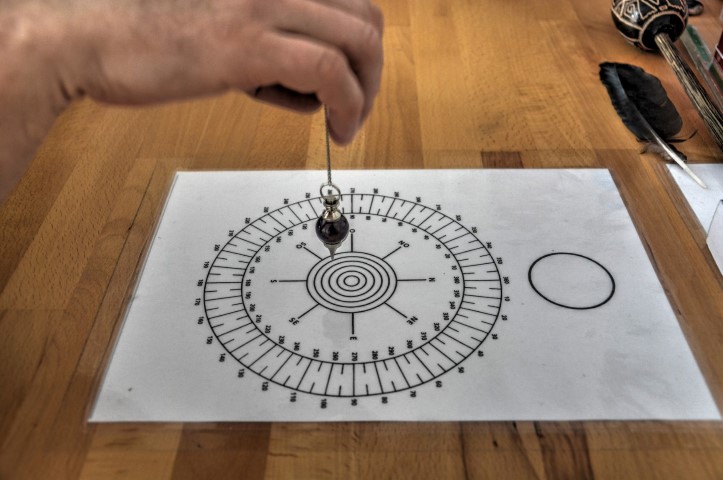 Proponents of mental orientation will say that the instruments used are of little importance, it is only a parapsychological phenomenon whose tool is the brain.

These two theories do not provide a 100% scientific understanding of the dowsing phenomenon. Each of the two theories brings part of truth; that is why, from the point of view of dowsers, the theory consists in saying that dowsing is a collection of receptions, both mental and physical.

Dowsing research can detect disharmonies, deficiencies or deficiencies in physiology and human anatomy. It allows to perform a health check.